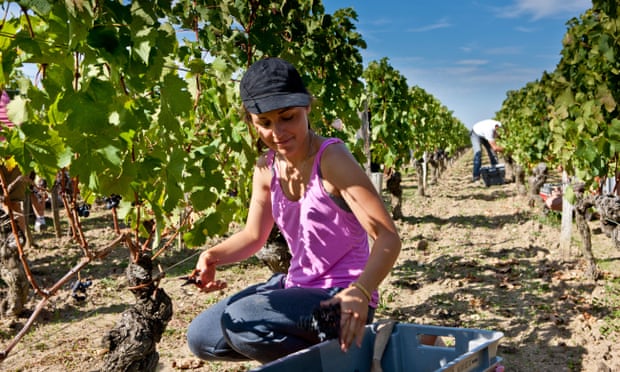 The wine that was mocked in the movie Sideways has staged a comeback.

Sideways has a strangely persistent hold on the imagination of the world’s wine trade, even 16 years after the Oscar-winning, California wine country-set buddy movie was released. It’s rare for a month to pass without some merchandising somewhere referencing it. As I started writing this piece, an email arrived from London merchant Jeroboams quoting the film’s most famous line. “If anyone orders merlot I’m leaving!” declares sad sack wine geek Miles, played by Paul Giamatti. (This being the genteel world of London fine wine trading, the next line, “I am not drinking any fucking merlot,” was left to customers to fill in for themselves.)

Legend has it that the film – and those two lines in particular – was responsible for all but killing off sales of the once popular merlot, and encouraging a generational shift to pinot noir. A glance at the sales and grapevine planting statistics (not to mention an academic study from the Sonoma State University) suggest that the Sideways effect was more like the last application of the brake in a gradual slowdown. Merlot was already déclassé in wine geek circles. Sideways just popularised the idea.

It’s a notion that stuck. Like chardonnay, which has been through a similar reputational boom and bust, a stereotyped idea of merlot based on the very worst wines made from the grape variety had taken root. Merlot was just a little too soft, easy and obviously fruity. It was a beginner’s wine, without the heft and structure of supposedly more “serious” varieties.

This was always a little silly. Merlot has had a long history as one of the two main red varieties in Bordeaux, the other being cabernet sauvignon. You don’t see its name on the label (Bordelais prefer to talk about place rather than grape variety), but merlot is either the support (in vineyards on the southern “Left Bank” of the Dordogne river) or the lead (in the northern “Right Bank”) in the classic Bordeaux blend.

Ironically, in the years since Sideways, the price and reputation of acclaimed 100%-merlot Right Bank wines such as Petrus from Pomerol and Mondotte from St-Emilion have only grown. The same goes for so-called “Super Tuscan” wines inspired by Bordeaux such as Tenuta dell’Ornellaia Massetto and Castello di Ama L’Apparita.

Lower down the food chain the variety was almost beyond the pale. It dropped out of many mainstream brand portfolios. Retailers found that malbec could do much the same job without the stigma. Nobody, it seemed, was openly drinking merlot. In the past couple of years, however, I’ve noticed some of my favourite winemakers have rediscovered a soft spot for its soft, fleshy charms. After years of making ever-lighter red wines, from early picked, high-acid grapes, lushness is back.

These merlots don’t over-do it like the wines that made Miles so angry. They’re not syrupy, sweet or over-alcoholic. There’s a generosity to the best modern merlots that is intensely comforting, making them the perfect wines for troubled times.

Six of the best new merlots

Duckhorn Decoy Merlot
Sonoma County, California, USA 2017 (£27.99, or £24.99 as part of a mixed case of six, majestic.co.uk)
Duckhorn is renowned for the merlot it makes from the Three Palms vineyard in Calistoga, Napa. But this wine from partner-grower vineyards in Sonoma is gorgeously polished and richly fruited in its own right. A warming, brambly hug.

Tabali Pedregoso Merlot Gran Reserva
Limari, Chile 2017 (from £9.99. allaboutwine.co.uk; thewinesociety.com)
There’s still rather a lot of rather flabby, sweet, one-dimensional Chilean merlot around, but this is serious stuff. Not too serious: it’s got plenty of luscious blackcurrant and raspberry, but it’s leavened with freshness and a pleasing nip of tannin.

Yalumba Y Series Merlot 2019
(£9.49, or £8.49 as part of a mixed case of six bottles, majestic.co.uk)
The large Australian family firm of Yalumba are generally at their best with Rhône varieties such as shiraz and viognier, but this is a really winning take on merlot that highlights a perfumed red-and-black-fruited charm in a vividly succulent style.

Château Mayne Mazerolles
Blaye Côtes de Bordeaux, France 2016 (from £11.79, allaboutwine.co.uk; corkingwines.co.uk)
From a Bordeaux appellation that often provides good value, this is a lovely merlot-dominated classic claret, with a hint of leafy-minty-herbiness and freshness lifting the dark cherry and plum and suave, food-friendly tannins.

Keermont Merlot
Stellenbosch, South Africa 2017 (from £21.55, philglas-swiggot.com; butlers-winecellar.co.uk; swig.co.uk)
Keermont makes some of South Africa’s most elegant and slickly beautiful red wines, and this 100% merlot is a suitably swish, stylish example of the grape. Filled with red and black fruit compote and cedary notes, it’s plump yet refined.